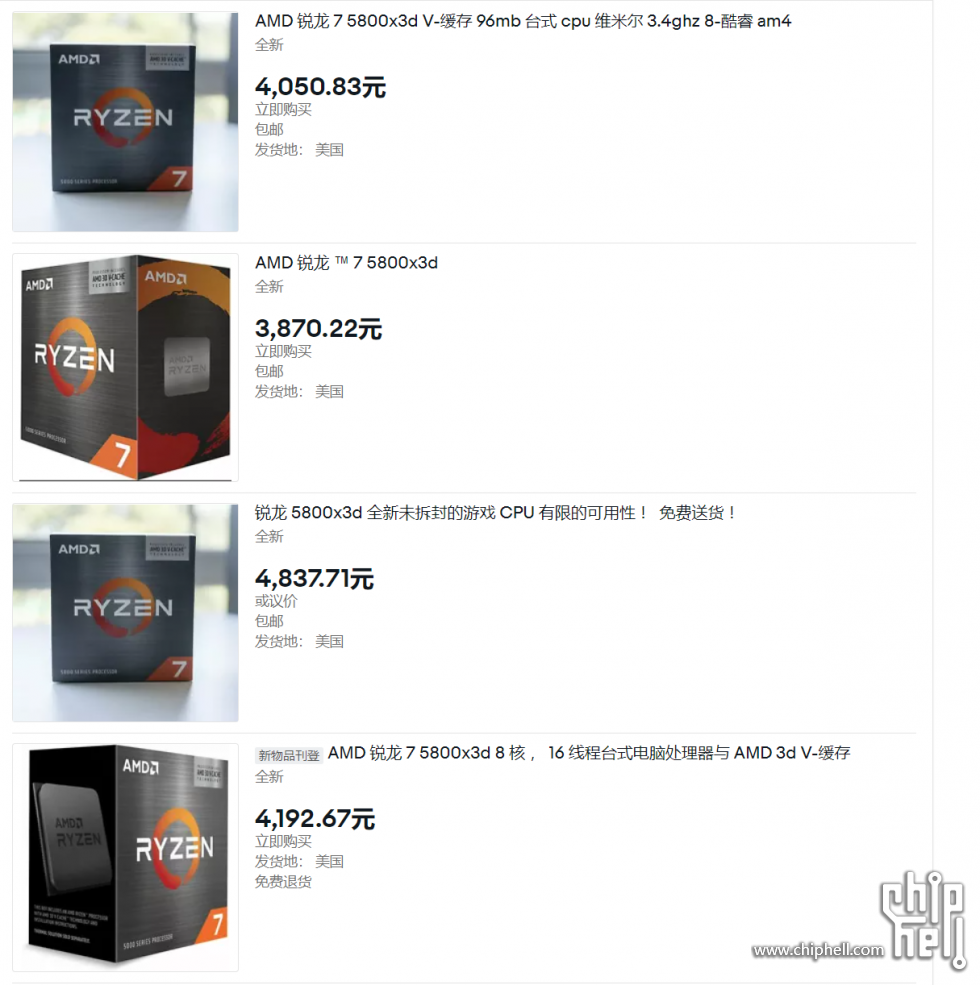 The Ryzen 7 5800X3D processor launched at $449 and stock has all but evaporated, we found in a search of online retailers.
Newegg has some overpriced options available in a column to the right of the main listing. Among these offerings are CPUs being shipped from China, some of which are priced up to $599. That pricing totally destroys the value proposition of AMD's newest CPU, as there are well priced alternatives readily available from both AMD and Nvidia.
Over on Amazon, there's nothing to be found; there aren't even any third-party resellers. In a LinkedIn post,AMD's director of gaming marketing, Sasa Marinkovic, wrote that the Ryzen 7 5800X3D rocketed to position two in the CPU best seller charts on Amazon on its day of release. At the time of writing, it has dropped has to number three. Unless there's a restock, it will likely rapidly fall off the charts.
One of the winning features of the Ryzen 7 5800X3D was its price. At an MSRP of $449, it makes a great upgrade to those already invested in the AM4 platform with a good motherboard and fast RAM. With its cutting-edge 3D-stacked SRAM technology, it could lay claim to being the best gaming CPU available. If you check our gaming tests, you'll see that it outshines other members of the red team stables as well as Intel's best consumer chips like the Core i9-12900K ($589), and 12900KS ($739), across a range of modern games, on average. Probably the most realistic competitor choice for gaming would be the potent but relatively affordable Intel Core i7-12700K ($409, but has been on sale for as low as $299).
Some, store, like Amazon, Newegg and B&H Photo, have mechanisms where you can sign up for notifications of AMD Ryzen 7 5800X3D stock arriving. (AMD itself doesn't seem to offer this.) We don't know how many of these chips AMD will be making, and with them selling out so fast the demand/supply equation appears to have taken AMD by surprise. Moreover, the Ryzen 7 5800X3D is the final fanfare for AM4, as AMD and desktop CPU partners turn their focus entirely to the 5nm Ryzen 7000 'Raphael' Zen 4 CPUs in the AM5 socket.